Vox Holloway, a North London community choir that has raised over £50,000 for charities around the world since its inception in 2009, will begin rehearsing Songs of Exile on Tuesday, 17 September for a concert to be given on Sunday, 1 December at St. Luke’s Church, Holloway, Islington.

Profits from the concert will go toward the British Red Cross Syrian Appeal. 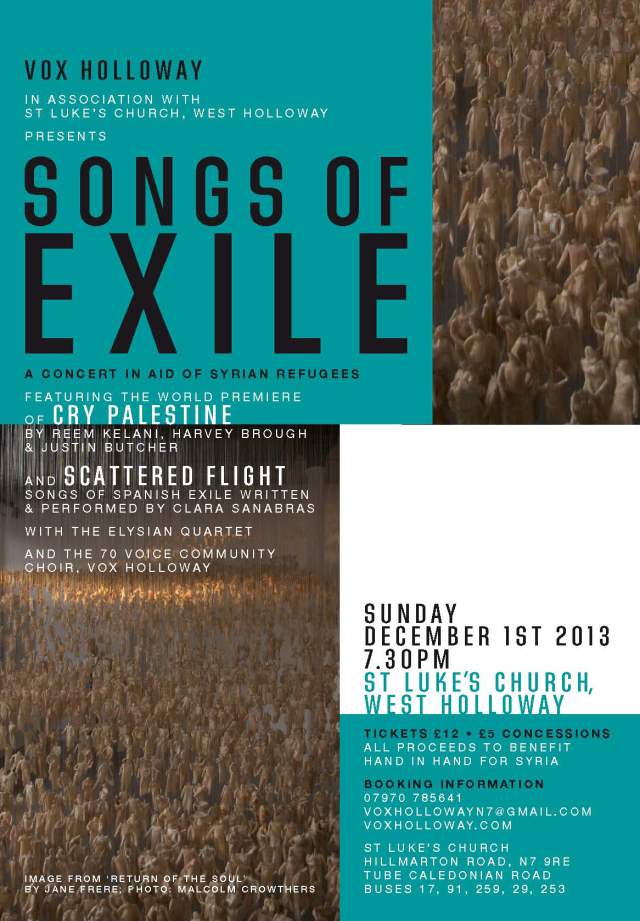