Subtitled ‘Songs of Coincidence and Fate’, Hopetown House is full of delightful subtleties. The songs spring from a real moment in time and have many and varied themes – Forgiveness for an absent father (Good Ship Father) – Paranoia (Not a man of many words) – Contagious Laughter on another aeroplane journey (Nadie Se Salva) – all these things observed with the eye of an outsider but the spirit of a local. There are two folk-like songs “The Good Ship Father” and “First Goodbye”, the latter sung as a duet with Luke Concannon, lead singer of chart-topping band Nizlopi. Sanabras sings mainly in English including two songs in Spanish and one written in her native Catalan, her influences are diverse – taking various styles Tango, Blues, a ramshackle kind of Swing, making them distinctively her own.  Read the reviews for Hopetown House here.

Buy on iTunes Buy on Amazon 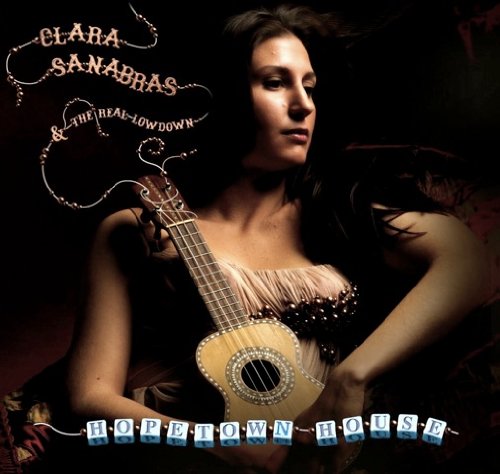